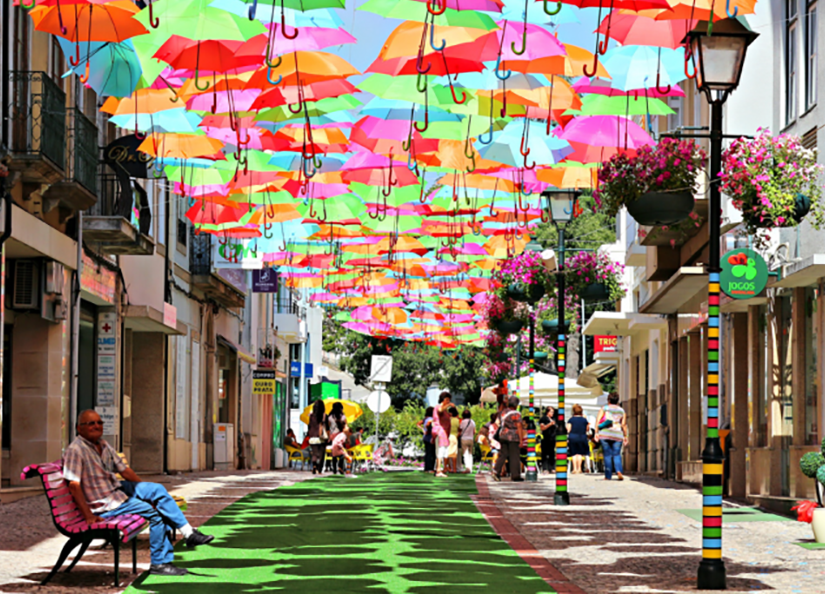 Posted at 14:42h in Port of Spain by Mandilee Newton

In urbanized suburbs such as Woodbrook, where cars have a particularly negative impact, walkability would be transformative. How could this be achieved?

Internationally renowned architectural critic Kenneth Frampton said it – cars are the bane of the 20th century. This is especially the case in small cities such as Port of Spain which sees an influx of up to 350,000 public/ private commuters daily (2005 data, Ministry of Works & Transport).

What would our city look like if it was walkable? Our city has the urban grain and fabric of a time before the emergence of the motor vehicle. Our streets are narrow and our city block size is small. Our climate, though hot and humid, is pleasant to walk in when shaded. In urbanized suburbs such as Woodbrook, where cars have a particularly negative impact, walkability would be transformative. How could this be achieved?

Providing central locations for high-density car parking with a shuttle service into and around Woodbrook would work well. Such car parking could symbiotically support the commercial activity by day, as well as the vibrant nightlife. It would also obviate the need for street parking, reducing congestion, and liberating space for possible seasonal street activity (fairs, markets, etc.).

The shuttle service could take the form of slow-moving light-passenger electric buses along dedicated routes, allowing pedestrians to hop on/ hop off. The fleet could be branded, making it unique to Woodbrook. 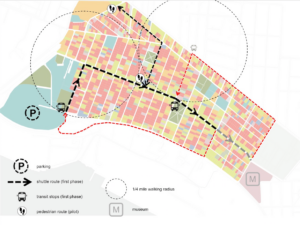 With the reduction of cars driving through Woodbrook, some streets could then be pedestrianized. This would create greater opportunities for street cafés and bed-and-breakfast type facilities, further enhancing social activity and catapulting Woodbrook into potential West End modality.

Walkability can only be achieved if streets are shaded – either naturally with trees, or through ingenious and creative ways (such as the umbrella streets of Portugal). In addition, the streets must be activated to encourage walking – shops opening out unto sidewalks, food trucks, etc. Urban landscaping is also critical – sidewalk textures should be interesting, urban furniture to provide places for people to sit or play; and garbage bins – critical in our litter-minded culture.

In developing nations such as ours, governmental town planning organisations often struggle with the development and enforcement of physical planning policy. In addition, our society is predisposed to sentimental responses to physical planning and zoning. Hence we are limited by the concept of Woodbrook as a low-density, low-rise neighbourhood. However, it is necessary to zone Woodbrook in such a way as to accommodate higher densities in future. Planning the outcome with a policy shift/ change now is critical and should be done in open consultation with (especially) the residential community.