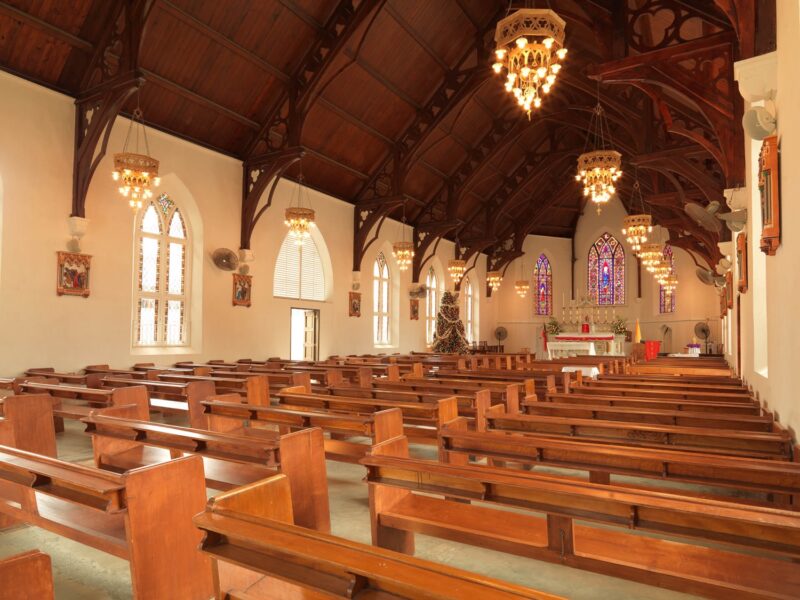 St. Patrick’s Church in Newton, Port-of- Spain was restored under the direction of Robert Las Heras, one of our most experienced consultants at the firm. The church was constructed in the late 1850’s and after over 150 years of service, it was revitalized in 2010. The structure began to suffer severely from previously misinformed interventions, the most harmful of which was the plastering of Portland cement onto the entire building which caused real problems with the original underlying lime-plaster mortar. As the type of cement used was very brittle, any natural movement/ breathing of the building caused the cement to crack. Through these hairline fractures moisture was able to seep in and was stored in the walls. The building was unable to cope with the moisture management and became totally saturated. The restoration process included repointing the exterior stonewalls with lime mortar, replacing many of the hand carved hanger beams on the interior and restoring the stained glass.