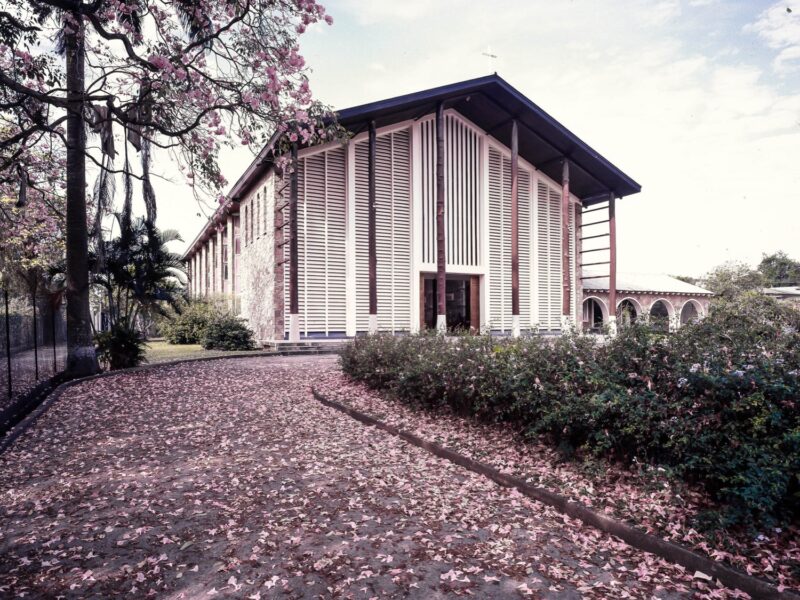 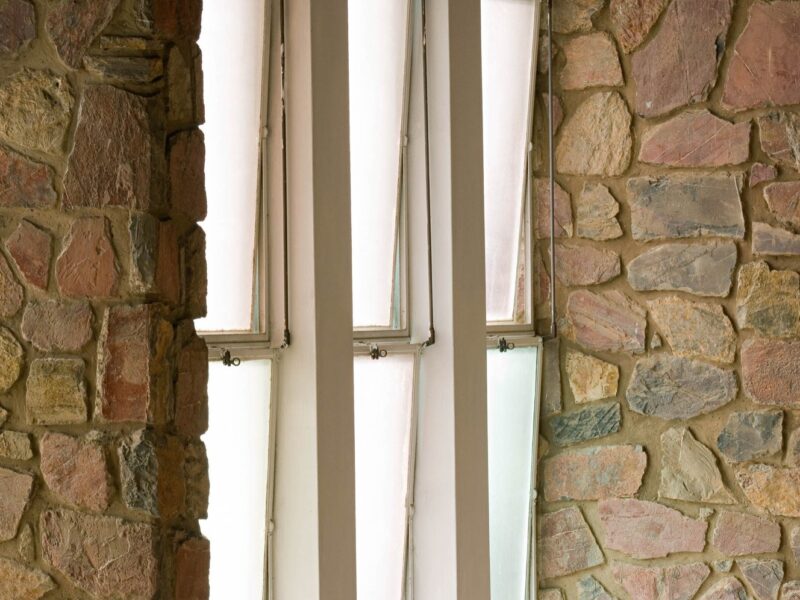 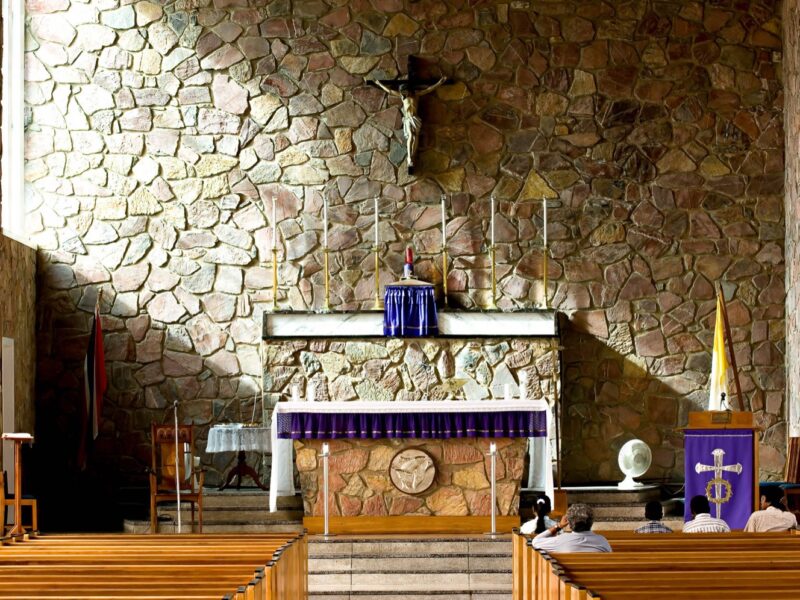 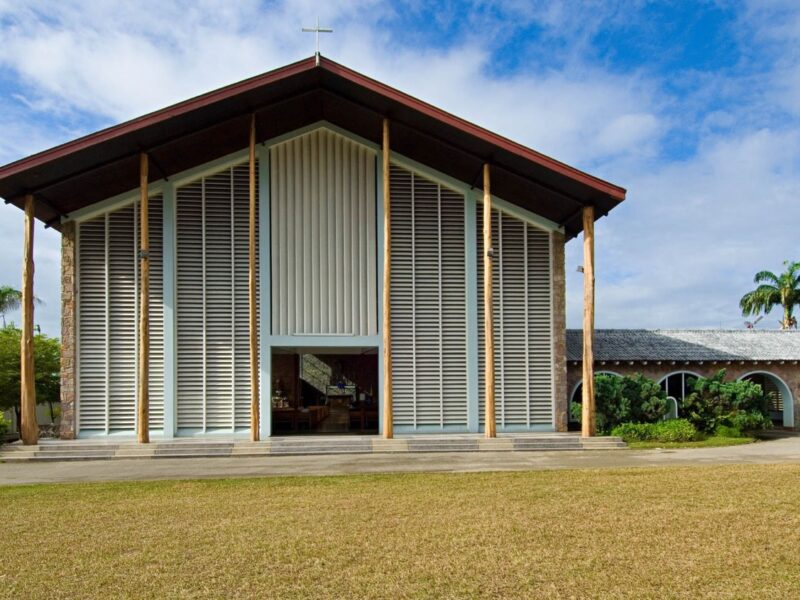 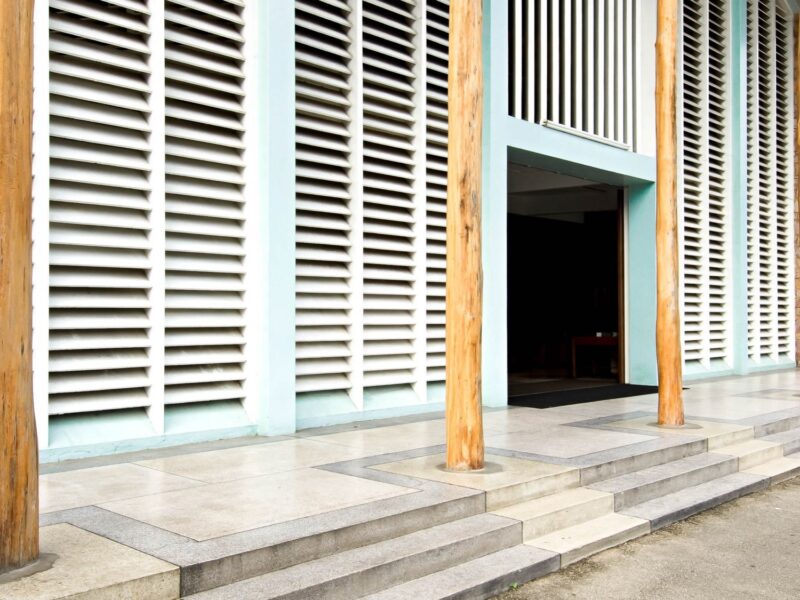 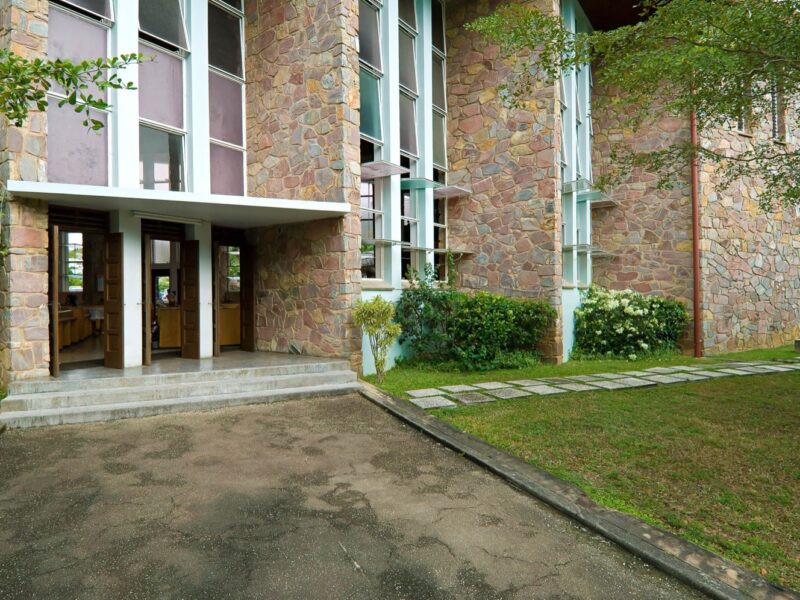 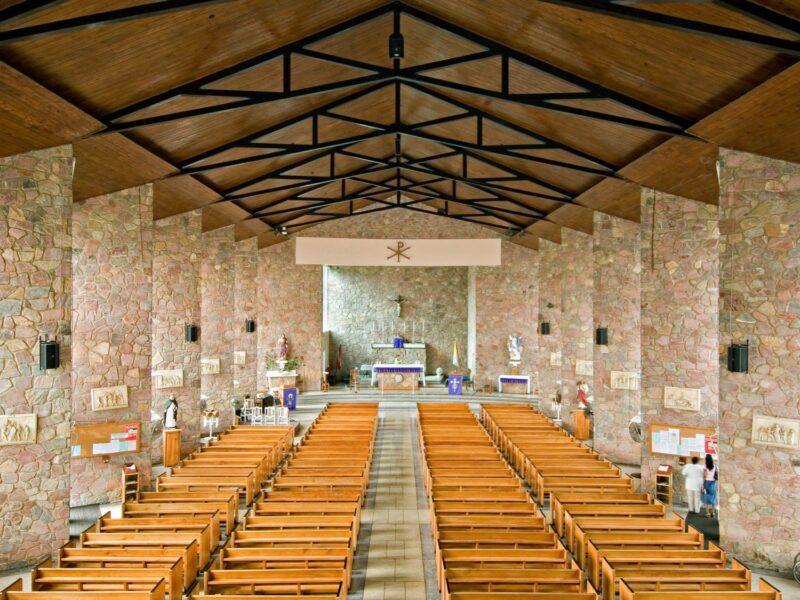 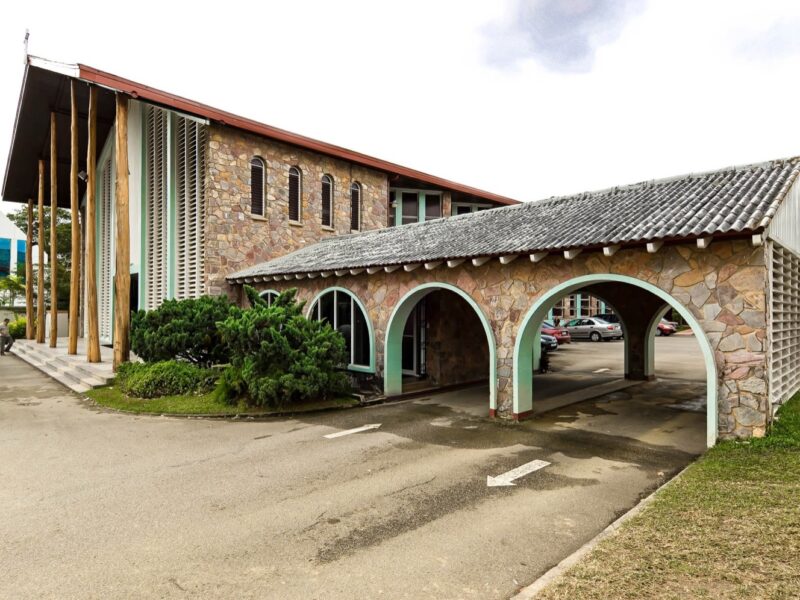 The Church of the Assumption is an example of pioneering Caribbean architecture that broke away from American and European influences to create a Trinidadian vernacular. Its form is a simple north-south nave, with the choir and organ on a balcony at the south end, forming a compression at the full-height entrance. Upon approaching the church, the simplicity of the exposed pitched roof, supported by six tall greenheart columns, highlights the palette of local, natural materials, which include pink limestone. This was deliberately chosen to play off the now destroyed Pink Poui Tree along the driveway. These columns, not shown on the original drawings, were renewed after fifty years. In 2005, the Church of the Assumption was awarded the â€œBest 50-year Projectâ€ Award at the Abel/ Bestcrete Architectural Design & Excellence Awards.